Cope With Hope by Nandini Sen

A super model of the 80’s, Nandinii Sen is an Indian actor who started her acting career in 2011 with Zoya Akhtar’s breakout cult film Zindagi Na Milegi Dobara. She continued to work in the Indian film and television industry in commercially successful films and Web series like Student of the Year (2012), Love Lust and Confusion (2018) and Amazon Prime’s hit show Made in Heaven (2019).

Having taught in India, Ghana, Australia and New Zealand, when Nandinii is not on set, she works as a Soul Coach, transformational therapist and meditation teacher, volunteering at youth prisons, women’s correctional centres and helping at-risk women and children.

Ranjan Pal is an adventurer in both his professional and personal life. Professionally he has had a rich and diverse record of accomplishments at the leadership level in a variety of fields ranging from investment banking to education. Personally he now pursues his twin passions for the outdoors and for travel writing.

Born into a family of traditional Nirgun musicians, Satish Kumar absorbed music as if by osmosis . He was trained by his grandmother, a well know singer and respected healer in their community. Satish matured from his roots in folk and Sufi tradition  to exploring his full potential as a trained actor and performer.

Mala my dearest friend says, ” Satishji has brought much joy into our lives. I met him magically and miraculously 8 months ago in Pune and can vouch for his patience , perseverance and the purity of his musical purpose as he tries to teach me to sing! This evening we wanted to share the positive joy of music with all of you with his amazing renditions of Sufi and Nirgun devotional compositions.

Bijay J. Anand is a Bollywood actor, an art investment consultant and one of the most renowned Kundalini Yoga teachers in the world.

After his tryst with fame with the success of Pyar to Hona hi Tha, Bijay left the glamour industry to pursue spirituality and became an earnest seeker.

He now teaches at International Yoga festivals, conferences & seminars around the world and divides his time equally with what was his original love, acting.

describes herself as a heart-centered facilitator for self-healing and happiness.
(use headphones if possible). Her self-given title is that of ‘Emotional Support Specialist’ which she earned from her background of twenty-six years as an RN, mainly in paediatric and neonatal intensive care, supporting the emotions of whole families.

“I am ManjuVani, a Reiki Healer, Tarot Card Reader, Writer, a student of music and art and most importantly, a devotee on her Spiritual Path. I was propelled towards my spiritual journey during a difficult and confusing phase of my life. From this spiritual work emerged my connection to Healing and Tarot Reading. In 2013 I began offering Reiki Healing and Tarot Card Readings. I also write and share my transformational experiences and the life lessons that I learn working with my teacher. You can read my articles on medium.com.

Manjuvani picks a Tarot Card for All!

She chats with me about how her life changed in 2020 and what she will take forward with her into 2021 and beyond.

Aarti Surendranath was all of 15 when she was first selected for an ad from a nationwide audition. It was for Sunsilk shampoo.

She went on to model for the Garden Sarees, Bombay Dyeing Sarees and the polka-dotted salwar kurta she wore for StayFree became a fashion statement and was sold everywhere in the country.

She has acted in several films and says,”Purana Mandir is a film that’ll always be dearest to me. I’m amazed at how it’s earned cult status as the most coveted horror film in India.”
Aarti has helped build various brands with her creative styling talent, while working alongside her husband Kailash Surendranath. She has line produced many Hollywood films shot in India the most famous being Brad Pitt and Angelina Jolie’s ‘A Mighty Heart’.

Aarti talks to me about life as an executive producer and her love for animals.

A Mighty Heart was one of her biggest projects and what she learnt while working as Executive Producer has been invaluable till date. 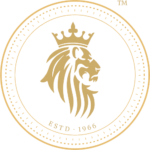